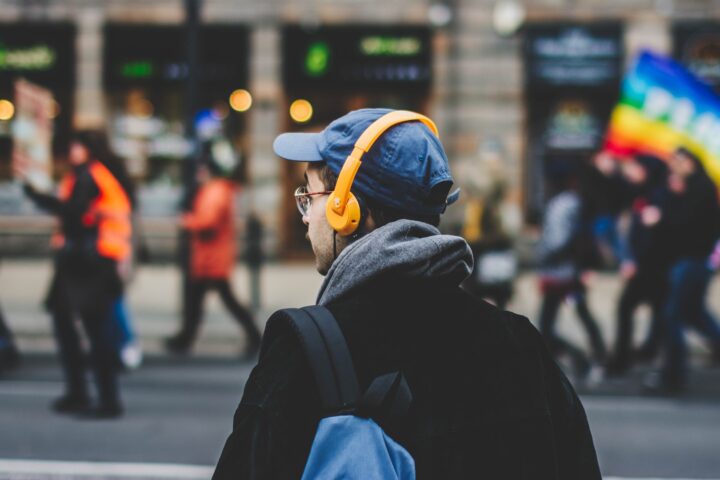 David Vallance asks “How did we get here?” in reference to the morally corrupt state of affairs in Western culture. He traces history from pre-modern, through modern, to the postmodern/woke era, examining the lives and philosophies of Rousseau, Marx, Darwin, Nietzsche and Freud along the way. He covers issues such as tolerance, identity politics, intersectionality, gender dysphoria, homosexuality and transgenderism, bringing biblical teaching to bear on each. Reading: Gen 1:26-28 (Message given 13th July 2022 in Stark Road Gospel Hall,…
Aug 28, 2022 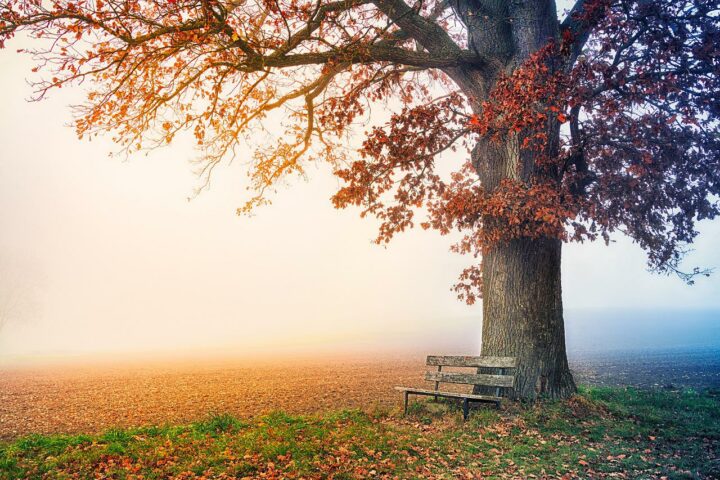 David Vallance preaches on regaining your first love. Step one: stop loving yourself. Step two: stop loving the world. Step three: stop trying to manufacture love for God by concentrating on “my love for God”, but rather dwell on God’s love for me. Reading: Rev 1:9-2:7. (Message preached in the USA)
Aug 16, 2022 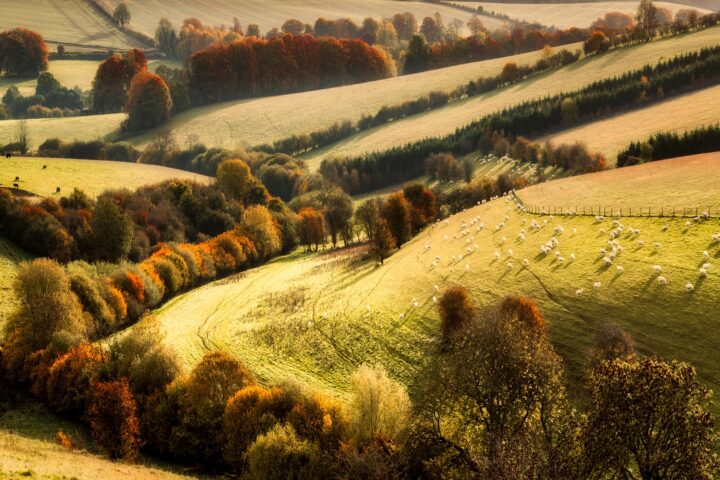 David Vallance preaches on the qualifications for elders in 1 Timothy Ch 3, dealing with the topic both in general terms and verse by verse, also taking in the topic of deacons and commenting on the verses at the end of the chapter beginning “God was manifest in the flesh” (Message preached in Stark Road, Gospel Hall, Livonia, USA, 23rd Sept 2021)
Feb 28, 2021 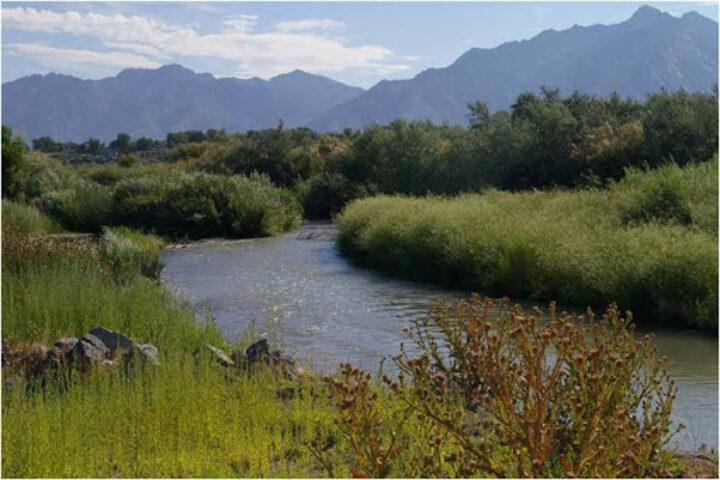 PART 2 – David Vallance continues on the theme of the temptation of Christ in the wilderness, but in this second message, after examining the character of each of the three temptations, he shows how Satan uses these same temptations with us. Satan tempts us to be something, to do something and to gain something. He works with the lust of the flesh, the pride of life and the lust of the eyes. This insightful message will open your understanding…
Nov 19, 2020

PART 1 – David Vallance preaches a most interesting and instructive message on the temptation of Christ in the wilderness. He explains the three temptations of Christ by Satan and traces their character through Scripture. He tackles the difficult questions of 1. Could Christ have sinned? and 2. If not, in what way was the temptation real? Although only 26 minutes long, this message is packed full of sound and weighty doctrinal content, and will repay repeated listening. Reading: Matthew…
May 26, 2020 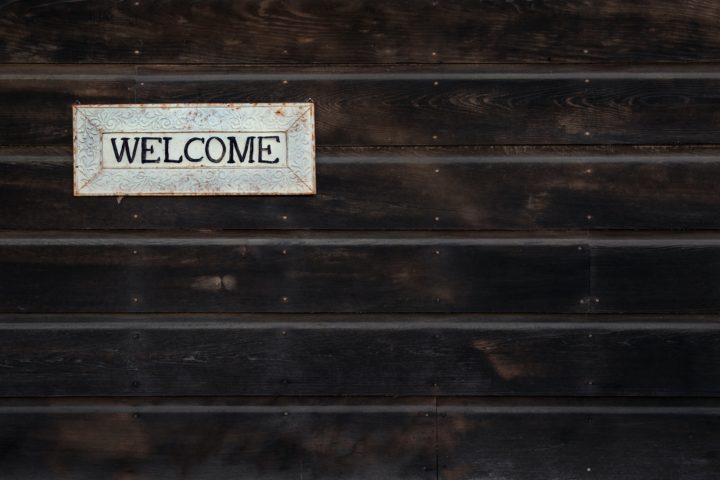 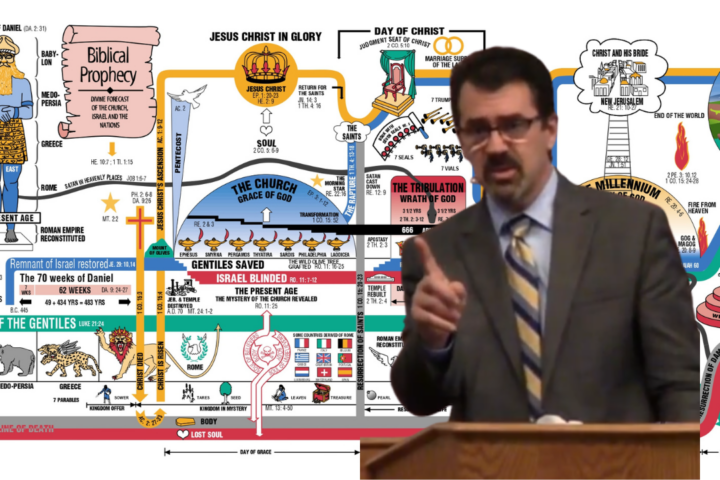 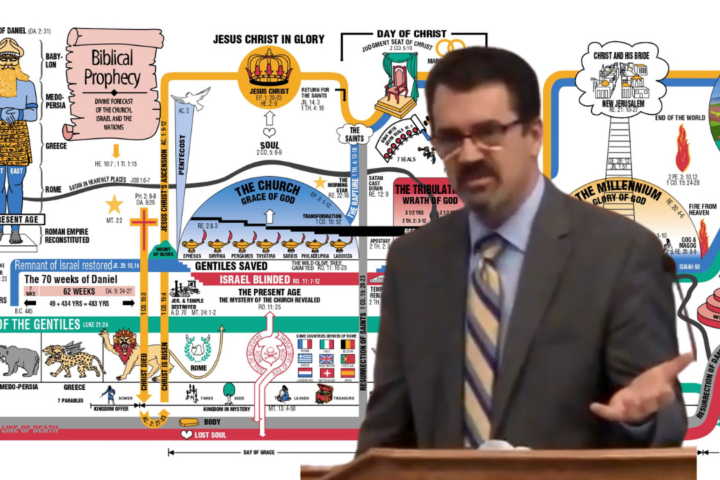 A conference on the topic of dispensationalism was held in Sarnia, Ontario, in 2015, with Dan Shutt, David Vallance and Ian Jackson sharing 5 preaching sessions between them. PART 2 – David Vallance looks at the ramifications of a person’s eschatology (their view of future events). Why did Oliver Cromwell go into battle singing the Psalms, and crushing his enemies in spirit of a Joshua who conquered the Canaanites? Why was Luther anti-semitic? Why do some churches have ornate sanctuaries and…
Mar 3, 2019

PART 6 – David Vallance explains that the world’s geological layers and its vast number of fossils were not laid down over millions of years by natural processes, but in a short space of time by the worldwide flood described in Genesis Chs 6-8. Dinosaurs did not live millions of years ago! David discusses numerous issues in this presentation, including ice cores, coal seams, the Cambrian explosion, radiometric dating and finally so-called “ape-men” (Message given 3rd Mar 2019) (PowerPoint Slides)
Mar 3, 2019

PART 5 – Principally referencing DNA, David Vallance presents the teleological argument  for the existence of God (the argument from purpose or design). The complexity of the genetic information system at the heart of biology is such that no natural explanation can come close to explaining it. On the contrary, DNA shouts “design” and points to an all wise Creator. David tackles commonly proposed arguments for evolution such as antibiotic resistance in bacteria and what is known as ‘homology’ (Message…
Mar 3, 2019

PART 4 – David Vallance critiques “big bang cosmology” and takes aim at the idea that something can arise from nothing (although evolutionists don’t really mean ‘nothing’ when they say ‘nothing’!). Among other things he discusses the second law of thermodynamics (entropy), the apparent great age of the universe, and the anthropic principle, sometimes called the “fine-tuning” of the universe (Message given 2nd Mar 2019) (PowerPoint Slides)
Mar 3, 2019 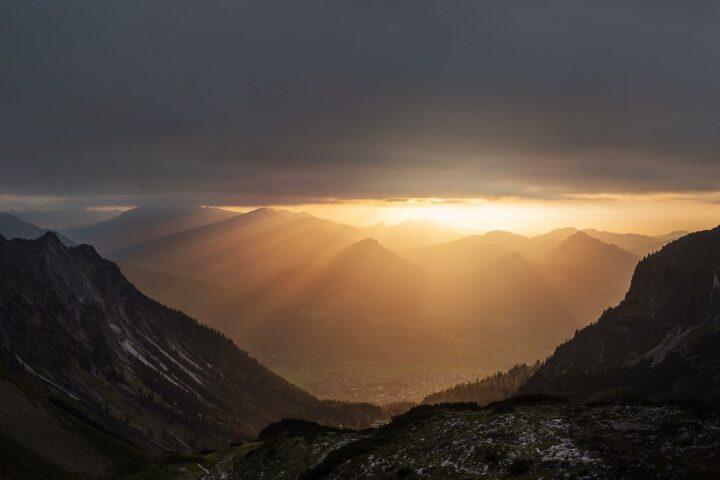 PART 3 – David Vallance explains that the Bible is not anti-science. Quite the reverse. A biblical worldview is essential to provide a basis for real science. After giving a history of scientific discovery, pioneered by theists such as Kepler, Newton, Boyle and Faraday, David explains the difference between the inductive and deductive methods of inquiry and criticises the broader scientific community for starting from the premise of naturalism. Quote of the day: “The only thing you can know for…
Mar 2, 2019

PART 2 – David Vallance outlines the stark choice facing us all. Which is right – “the Bible” (Genesis), or the grand theory of “evolution” (cosmic, molecular, biological etc.)? Starting with Darwin’s “origin of species”, David helpfully distinguishes between “horizontal variation” (observable) and “vertical evolution” (a fairy tale for grown-ups). He finishes by explaining why he rejects 5 compromise positions: the gap theory, the day-age theory, progressive ages, the literary framework hypothesis, and theistic evolution (Message given 1st  Mar 2019)…
Feb 28, 2019

PART 1 – David Vallance outlines what the Bible means when it uses the Greek word “apologia” (answer, defence – 1 Pet 3:15). A consistent Christian life, combined with a gracious personal testimony to God’s truth and grace is the best apologetic of all! He then outlines the difference between evidential, presuppositional and classical apologetics and gives biblical examples of each (Message given 28th Feb 2019)
Apr 2, 2018 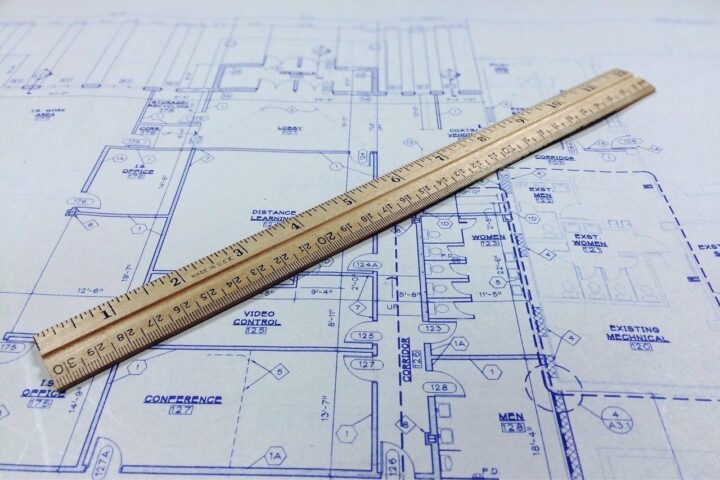 David Vallance sets out a robust defence of the concept that there is a definite prescribed pattern for the local assembly in the New Testament. He contrasts what is sometimes called the “regulatory principle” with the “normative principle”. While some would propose that “whatever is not prohibited is allowed”, David explains that in actual fact “what Scripture does not mention is prohibited”. He then explains what this means in practice and discusses the ramifications of the principle. A vital thought-provoking…
Apr 1, 2018 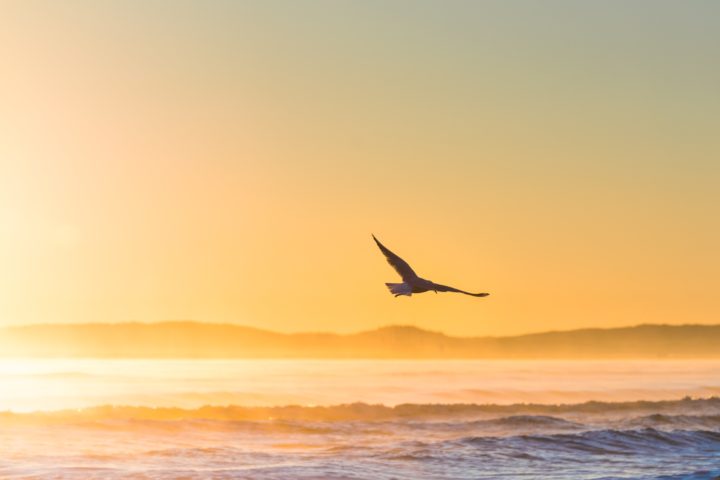 David Vallance, speaking from Jude v20-23, sets out the Bible’s plan for the believer’s life. He challenges his audience to take responsibility for their Christian life and not treat it as a hobby. His punch line? When it comes to Bible reading, prayer, evangelism, holiness and care for others “Don’t be normal…don’t be mediocre”. A challenging thought-provoking message (Message preached in Bicester, Easter April 1st 2018)
Mar 31, 2018 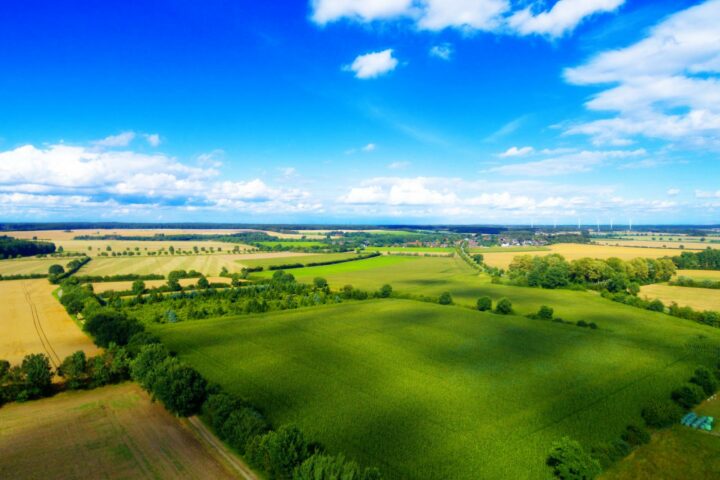 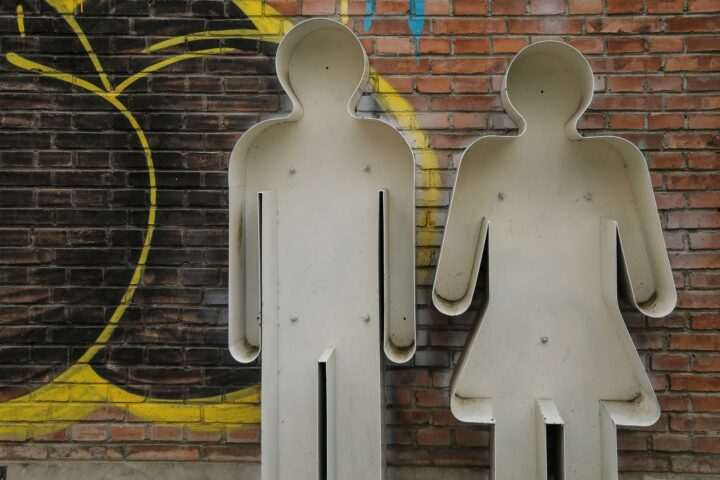 David Vallance brings Scriptural teaching to bear on topical issues such as equality, feminism, patriarchy, homosexuality and transgenderism. Starting in Genesis 1:27 he expounds the binary nature of gender, and from 1 Tim 2 and 1 Cor 11 explains the different roles God has given men and women, based on the pattern of Christ and His Church. He also explains how the symbols of long/short hair, and covered/uncovered head are to be understood in relation to this foundational topic (Message…
Apr 21, 2014 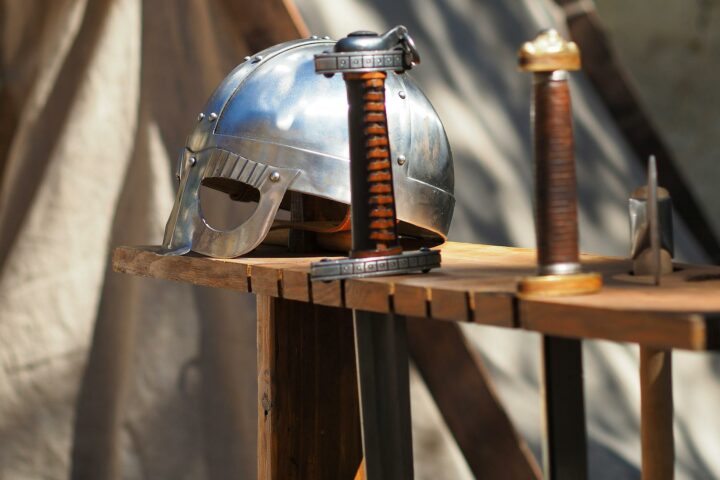 David Vallance preaches a timely message from the epistle of Jude in which he addresses many of the false teachings that abound in our day. From Jude’s key verse 11, he applies the rebellion of Cain, the greed of Balaam and the pride of Korah to today’s world and makes challenging applications for godly living (Message preached in Bicester, Easter 21st Apr 2014)
Apr 21, 2014 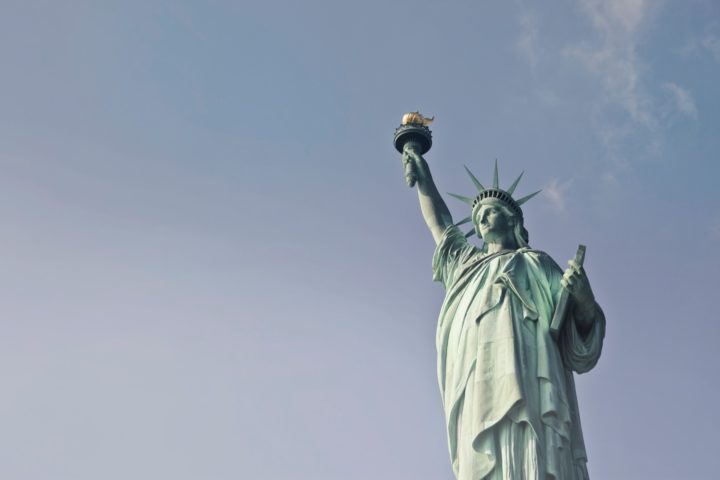 Does “grace” mean a Christian is free to do as he pleases? If we are not under law, does that mean there are no rules at all? What is legalism and what is Christian freedom? David Vallance answers all these questions as he outlines the origin, location, paradox and discipline of Biblical Christian liberty. A vital message (Message preached 21st April 2014)
Apr 20, 2014 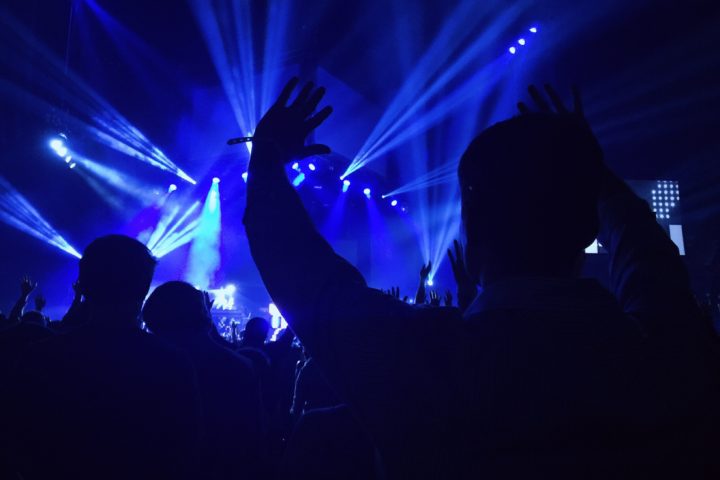 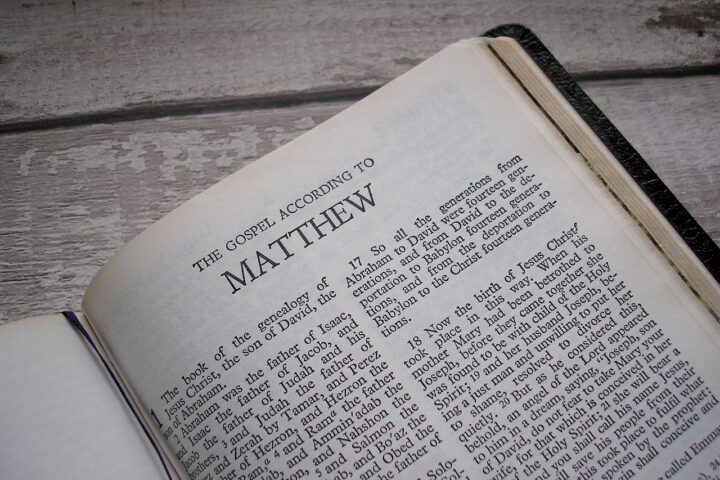 David Vallance preaches on Matthew 18:20 (“For where 2 or 3 are gathered together in My name…”) and defends the view of this verse which takes it to be foundational in relation to the gathering together of the local assembly throughout the church dispensation. This message is deliberately technical in some parts and includes an in depth examination of the Greek text behind the verse (Message preached 19th Apr 2014)
Apr 17, 2014 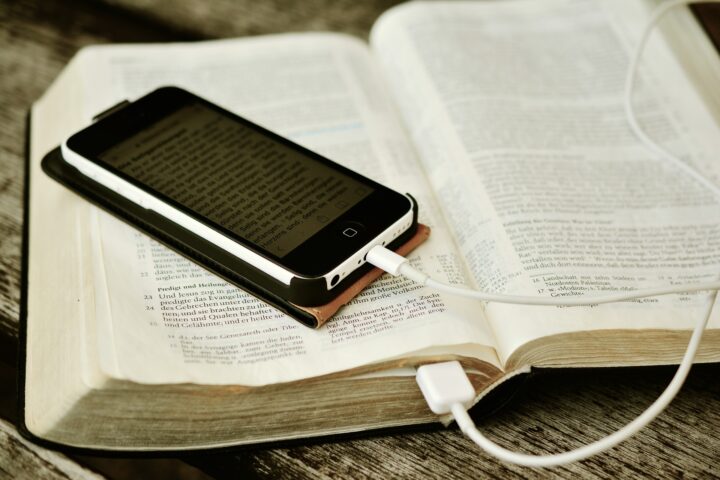 David Vallance preaches on the vital Biblical subject of fellowship. He distinguishes between “family fellowship” on the one hand, which all believers enjoy by virtue of being saved and in the family of God, and “assembly fellowship” on the other hand, which can be enjoyed by those who have been baptised and added to a local company of believers (Message preached April 17th Apr 2014)
Today The Prophetic Days of…
Yesterday The Lesson of the Leftovers…